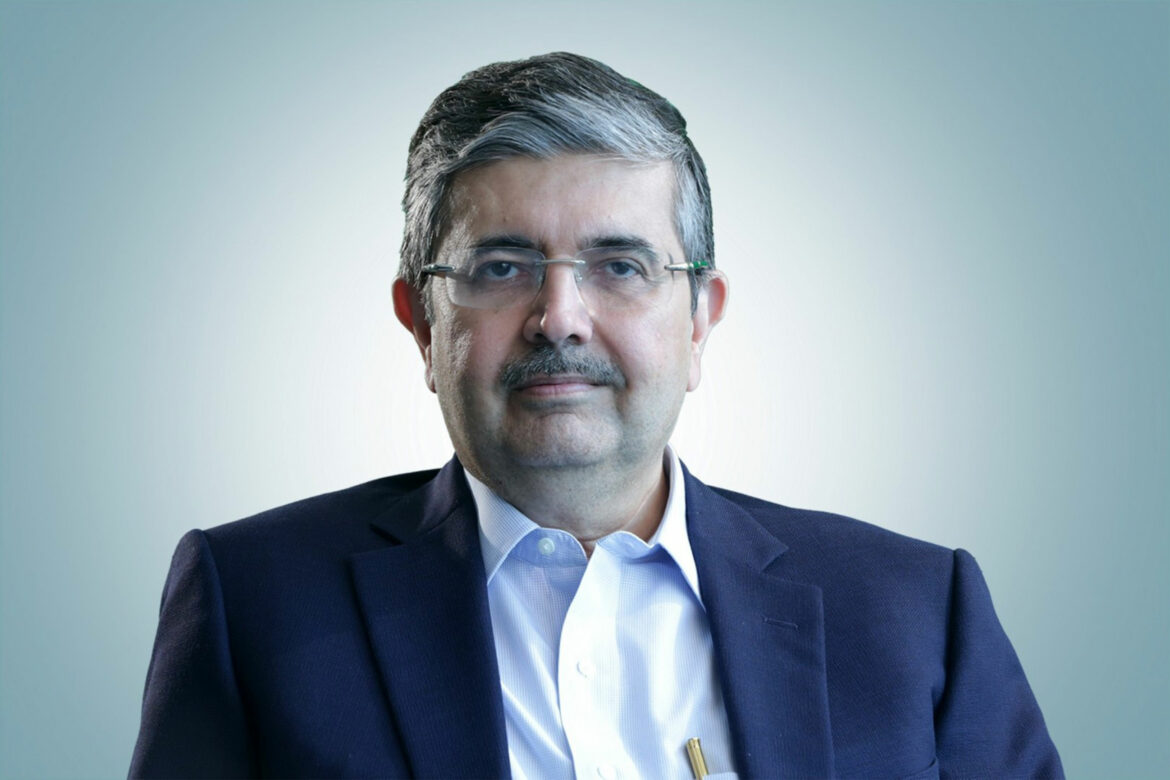 Uday Kotak was born on 15th March 1959 in an upper-middle-class Gujarati Lohana joint-family in Mumbai where sixty people shared a common kitchen under one roof. His father, Ramesh Kotak, had migrated from Karachi following the Partition of the Subcontinent and was a cotton trader. Uday Kotak has famously called the dynamics of his early life, “Capitalism at work and Socialism at home.”

The young Kotak was passionate about three things: cricket, playing the sitar, and mathematics. While studying at the Hindi Vidya Bhavan school, he was the captain of the school cricket team and when he was not playing cricket, one would often find him playing the sitar instrument.

His love for cricket made him determined to pursue a career around it. The skilled young man thus joined the Kanga League in Mumbai as a left-hand spinner and a right-hand batsman. The sport was a part of his life all through college when he was enrolled for a B.com degree at Sydenham College of Commerce and Economics.

Sadly, however, young Uday’s dreams of becoming a cricketer were shattered in 1979 when the ball hit his head while he was running between the wickets at a Kanga League match held in Azad Maidan, Mumbai. The surgery to stop the brain hemorrhage left Kotak bed-ridden for a few months and cost him a year at the Jamnalal Bajaj Institute of Management Studies where he was pursuing a postgraduate degree in management studies.

After completing his MBA, Kotak was offered a job by Hindustan Unilever, an Indian subsidiary of the multinational consumer goods company, FMCG Company but he rejected it and tried to help his family out with cotton trading. Bored with constantly dealing with family members in the business, the young entrepreneur decided to test his skills in the field of finance.

The young genius thus convinced members of family and friends to offer Nelco, a subsidiary of Tata which required working capital, money at a 12% interest rate. While the family members reaped profits, Kotak was able to successfully test his idea of providing short-term trade credit to businesses at rates lower than those offered by the bank.

Thus, in 1985, Uday Kotak started his small financial agency called Kotak Mahendra Finance Ltd at Navsari building premise from a 300 sq. ft. office space that his father offered to him. The venture’s seed capital was a little less than US$80,000 and had been borrowed from various family members and friends, including his supporter and tractor tycoon, Anand Mahindra, who got his name on the business!

The finance and bill discounting business witnessed immeasurable success. It thus expanded into the lease and hire purchase market in 1987, followed by its auto finance division in 1990. Seven years down the lane, Kotak Mahindra Finance Ltd diversified and decided to venture into the health insurance business.

With a banking license in its hand, the billionaire banker’s venture started opening various branches all across India and even a representative office in Dubai, United Arab Emirates. Over the next few years, Kotak Mahindra Bank Ltd evolved itself into providing its customers with several financial assistance such as asset reconstruction, mutual funds, investment banking, commercial banking, stockbroking, and even life insurance.

In 2014, the Indian businessman acquired his chief rival, ING Vysya Bank that was owned by the Dutch financial services group ING, in a staggering $2.4 billion deal. Kotak Mahindra Bank Ltd. was officially converted into a financial services conglomerate with more than 40,000 employees. It also became the second-largest scheduled commercial bank in India after its shares hit all-time highs following the merger.

Next year, in 2015, the young Indian billionaire entered the general insurance business with a partner, the telecom magnate Sunil Mittal’s Bharti Airtel, to start a small payments bank. As per the Reserve bank of India’s directives, in 2020, Kotak sold some of his shares of KMB to reduce his stake in the bank from 30 to 20%.

The business has helped catapult the Indian billionaire into the list of the wealthiest. With a sizeable fortune of $14.3 billion USD, Uday Kotak is currently the 12th richest man in the country and 129th richest in the world (Source Forbes, 2023).

While most of his money is spent on various investments, the banker billionaire has also assumed his social responsibility. Regarding this, he has established the Kotak Education Foundation to cater to the upliftment of underprivileged children and youth through the provision of education and livelihood skills.

Uday Kotak currently resides at the Champagne House, a two-story property of around 1,900 sq. m in Mumbai, with his wife, Pallavi Kotak, and children, Jai and Dhawal Kotak. His wife is a marathon runner and helps her husband run his foundation, while Jai is a Master of Business Administration from Harvard Business School, and Dhawal, the younger son is involved in providing mid-day meals to underprivileged students in Govandi-Chembur-Deonar belt in eastern Mumbai in attempts to feed a million children every day.

Recently, the Indian billionaire has pledged to donate INR 50 crores to the PM CARES Fund to fight against the ongoing COVID-19 pandemic in India. He has also been serving as the President of the Confederation of Indian Industry (CII) for the year 2020-21.

Some of the wealthiest people in the world have come from humble beginnings. They had set a goal of reaching the top of their chosen industry and stuck to it.

India is emerging as one of the countries with the fastest growing number of new billionaires. A real entrepreneur will always be able to find and utilize opportunities in any environment and gradually rise to the top.

The hunger to accumulate wealth has to come from within you, this hunger can only be felt once you have experienced rock bottom.

If you really want to help yourself and help others, you will need to accumulate wealth and influence. You cannot live a fulfilled life without money in this modern world.