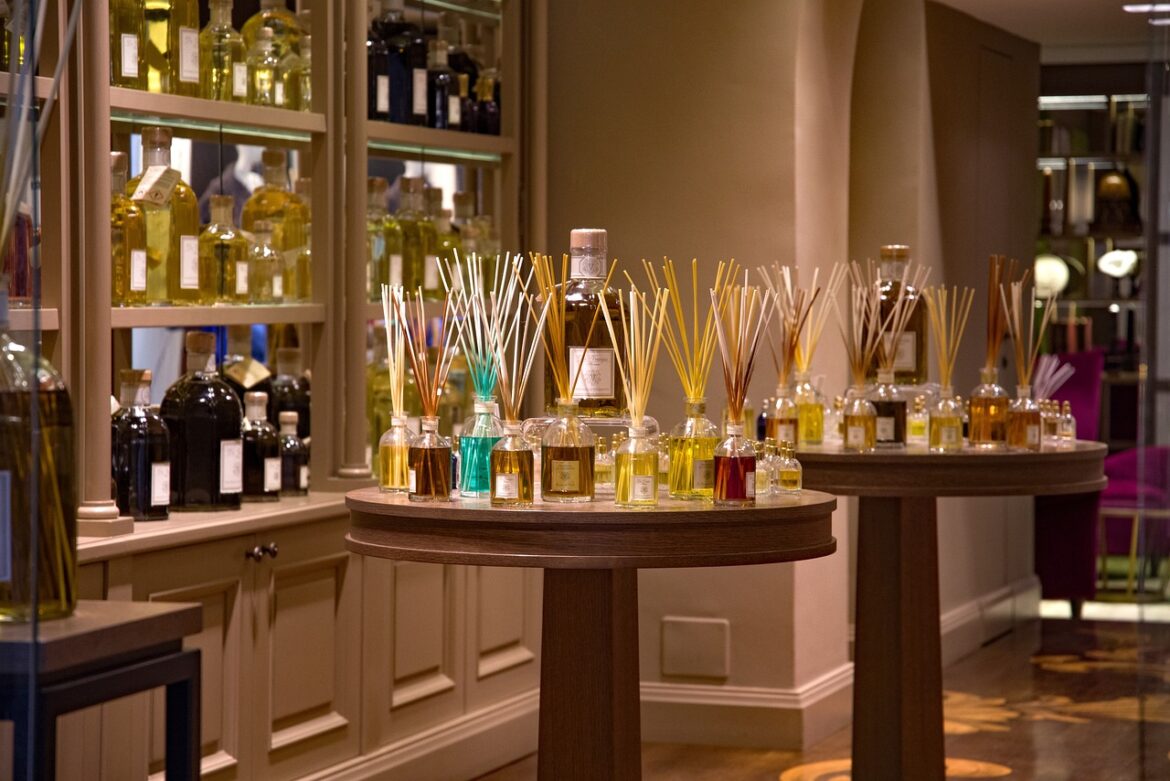 There are various oud perfumes and fragrances available worldwide. In this post I will provide you with information on oud and also on the best oud perfumes.

Oud or Oudh means wood in Arabic. Some wooden instruments are referred to as oud in the Arabian peninsula. The word oud is more commonly used for the wood and resin that is produced as a result of the Aquilaria tree getting infected by the “Phialophora Parasitica” fungus.

When the tree is infected it produces a resin to fight off the fungal infection. This resin has a distinct fragrance that is released when the infected wood is burned.

Oud has been used in the Arabian Peninsula for ancient times. The wooden chips were burned to release the oud fragrance to perfume rooms in the house and also clothes.

These oud chips were burned as Bakhoor in burners and the smoke was used to perfume clothes and hair. This was very common in Arabian households.

The oil extracted from the the oud chips is known as “Dehn Al Oud”. This is diluted in it’s pure form to make attar (essential oil). These oud attars are popular amongst Arabs and Muslims worldwide.

The oud essential oil is also used as a base note in many perfumes. Oud infused perfumes are popular worldwide. Many designer brands have created their own blend of oud based perfumes.

There are many types of oud available in the market. There 3 types listed below are the most commonly used in perfumes.

The most popular and most expensive oud is Oud Hindi. This comes from the Assam region of India and Sylhet region of Bangladesh.

The Aquilaria tree is know as Agar tree, and the oil is referred to as agarwood oil in these regions. Some of these infected trees takes years to mature to form high quality oud. There are 15 different species of the Aquilaria tree.

This agar tree has become extremely rare, as most of them have been cut down to harvest oud. The vast majority don’t form any oud.

The price of oud has skyrocketed as a result of this reduction in oud trees. The Aquilaria tree is also listed as an endangered species. An ounce of high quality oud oil is valued higher than an ounce of pure gold.

Oud Hindi has a strong woody, masculine fragrance it a pronounced animalic accord. The essential oil is brownish in color.

This variety of oud is harvested from Aquilaria tree located in the wild jungles of Cambodia. These oud trees take decades to mature after they have been infected by the “Phialophora Parasitica” fungus.

Oud Cambodi is ruby red to brown in color. Cambodian oud oil has a sweet animalic smell, less pungent than Oud Hindi. It has more of a sweetish, smoky wild honey smell.

This type of oud is harvested from the deepest, dense forest of Taman Negra in Malaysia. The Aquilaria trees are rare and oud bearing ones are really hard to find.

Malaysian oud is light brown to dark green in color. It has gives off a rich woody, warming aroma. Oud Malay is less common than Oud Hindi and Oud Cambodi, as only a small percentage of it is sold to outsiders. It is usually used by the indigenous Malay people that reside within the forest.

When you apply a perfume the top note scents are diffused first, followed by the heart note scents and then the base note diffuses slowly, lasting the longest.

Usually the top and middle notes are sweet, floral scents. The base note scents are more pungent and linger on longer. Oud is one of the most popular base notes scents used in perfumes.

There is a lot experimentation involved in formulating premium perfumes. The global perfume business is worth over $50 billion yearly.

Creed launched Royal Oud in 2011 as an Amber Fougere fragrance for both men and women. Creed Royal Oud was created by Olivier Creed and Julien Rasquinet.

Tom Ford Oud Wood is one of the best Oud Eau De Parfum fragrances in the world.

Versace Pour Homme Oud Noir is a luxury Oud Eau de Parfum. It gives off an oriental and woody essence that lingers on for a long time. This is a masculine Oud fragrance that was launched in 2013 as a luxury perfume.

Base Notes: Oud from Laos, Indonesian Patchouli and Musk.

This Oud & Spice Eau De Parfum is a woody luxury fragrance for men. It was launched by Acqua Di Parma in 2021.

Oud Ispahan is a Amber floral Oud fragrance created by Francois Demachy in 2012 for Dior. This is a luxury oud perfume for both men and women.

The Night Created by Dominique Ropion in 2014 for Frédéric Malle. This is a Oud and Turkish rose infused luxury Eau De Parfum.

Base Notes: Frankincense and Sandalwood.

Guerlain Oud Essentiel is a luxury Eau De Parfum with a Amber Woody fragrance. It is suitable for both men and women. This luxury perfume was created by Thierry Wasser in 2017.

Nuit De Feu is a luxury Amber Woody Eau De Parfum launched in 2022 by Louis Vuitton. It is suitable for both men and women.

Base Notes: Musk and Leather.