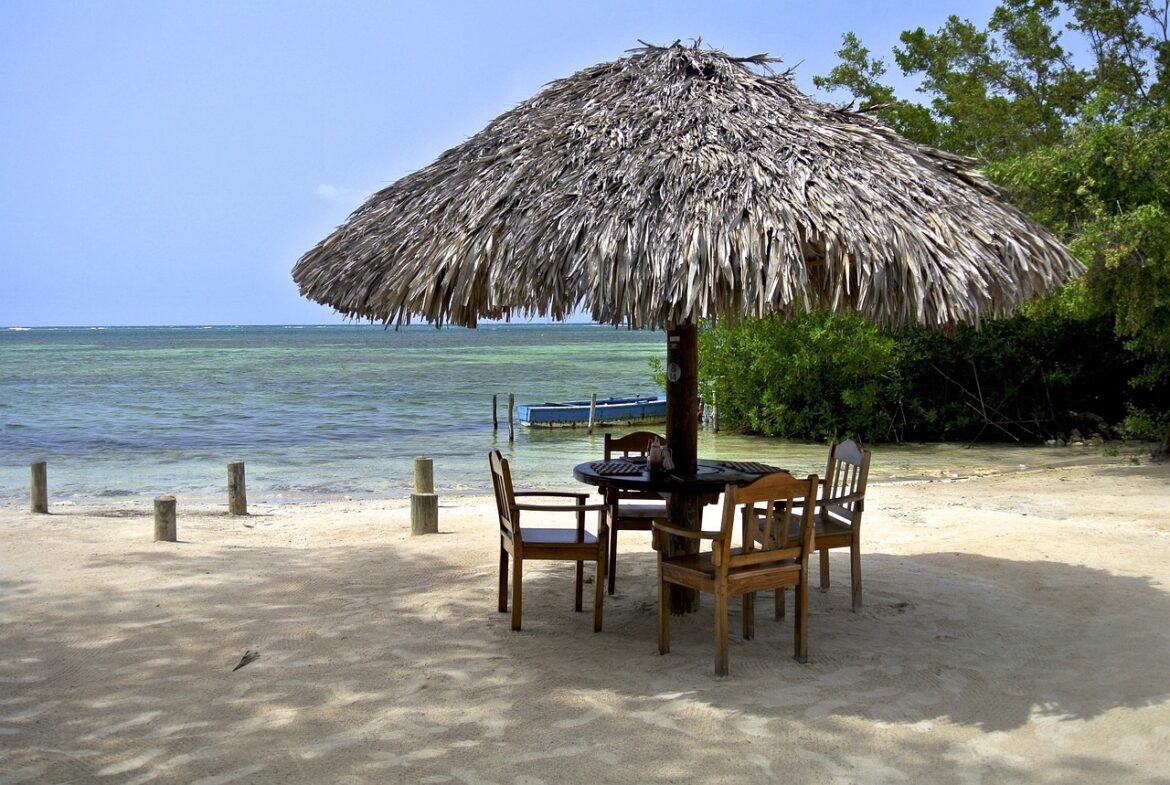 Jamaica is a Caribbean island nation with a rich and vibrant history. It is known for its beautiful beaches, lush rainforests, and vibrant culture. Jamaica has a long and fascinating history, with influences from the indigenous Arawak and Taino people, as well as the Spanish, British, and African cultures. Jamaica is also home to a diverse population of people, with a mix of African, European, and Asian heritage. From its vibrant music and cuisine to its unique festivals and holidays, Jamaica is a destination that offers something for everyone. Whether you’re looking for a relaxing beach vacation or an adventure-filled exploration of the island’s culture and history, Jamaica is sure to provide an unforgettable experience.

Jamaica is a vibrant and diverse country with a rich history of holiday traditions. From the colorful decorations to the delicious food, Jamaicans have a unique way of celebrating the holidays.

Christmas is one of the most important holidays in Jamaica. It is celebrated with great enthusiasm and joy. Decorations are put up in homes and businesses, and the streets are filled with festive lights. Traditional Jamaican Christmas dishes include sorrel, a sweet drink made from the sorrel plant, and puddings such as black cake and fruit cake. On Christmas Day, families gather together to exchange gifts and enjoy a meal.

Easter is another important holiday in Jamaica. It is celebrated with religious services, feasts, and egg hunts. On Good Friday, many Jamaicans attend church services and processions. On Easter Sunday, families gather for a large meal and exchange Easter eggs.

Jamaica’s holiday traditions are a source of pride and joy for its people. From the decorations to the food, Jamaicans have a unique way of celebrating the holidays that is sure to bring joy to all who experience it.

Jamaica is a Caribbean island nation with a rich and fascinating history. It has been inhabited by various indigenous peoples for centuries, and its culture has been shaped by a variety of influences, including Spanish, British, and African.

The first inhabitants of Jamaica were the Arawak and Taino peoples, who arrived from South America around 600 AD. They established a thriving agricultural society and developed a complex system of government. The Arawak and Taino were eventually displaced by the Spanish, who arrived in 1494 and colonized the island. The Spanish brought with them a variety of new crops, animals, and technologies, and they also introduced the Catholic religion.

In 1655, the British captured Jamaica from the Spanish and began to develop the island as a major trading port. The British also brought with them a large number of African slaves to work on the plantations. This influx of African culture had a profound impact on Jamaican culture, and it is still evident today in the island’s music, cuisine, and language.

Jamaica gained its independence from Britain in 1962, and since then it has become a popular tourist destination. The island is renowned for its beautiful beaches, lush rainforests, and vibrant culture. It is also home to a number of important historical sites, including the Bob Marley Museum, the Port Royal fort, and the Spanish Town Cathedral.

Jamaica’s history is a fascinating one, and it is well worth exploring. From its indigenous roots to its colonial past, Jamaica has a rich and varied history that is sure to captivate any visitor.

Jamaica is a small island nation with a rich history and culture. Throughout its history, Jamaica has produced many notable people who have made significant contributions to the world. This article will highlight some of the most influential Jamaicans who have made a lasting impact on the world.

The first Jamaican to be recognized on an international level was Marcus Garvey. Garvey was a political leader and activist who advocated for the rights of African people around the world. He was a major proponent of the Back-to-Africa movement and founded the Universal Negro Improvement Association. Garvey was also a prolific writer and publisher, and his works have been widely read and studied.

Bob Marley is another Jamaican who has had a lasting impact on the world. Marley was a reggae musician and songwriter who is widely considered to be one of the most influential musicians of all time. His music has been embraced by people of all backgrounds and has become an international symbol of peace and unity.

Usain Bolt is a Jamaican sprinter who is widely considered to be the fastest man in the world. Bolt has won numerous Olympic gold medals and set numerous world records in the 100-meter and 200-meter sprints. He is an inspiration to athletes around the world and has become a global icon.

Jamaica has produced many notable people who have made significant contributions to the world. From political activists to athletes, Jamaicans have made an indelible mark on the world. Their accomplishments are a testament to the strength and resilience of the Jamaican people.

The holidays are a time for celebration, and what better way to celebrate than with the unique flavors of Jamaica? Jamaica’s cuisine is a vibrant mix of African, Spanish, Indian, and Chinese influences, and it is sure to bring a special flavor to your holiday celebrations.

One of the most popular dishes in Jamaica is jerk chicken. This dish is made with a blend of spices, including allspice, thyme, and scotch bonnet peppers, and is usually cooked over a wood fire. The result is a flavorful, smoky dish that is sure to be a hit at any holiday gathering.

Another popular dish is ackee and saltfish. Ackee is a fruit native to Jamaica, and it is usually cooked with saltfish, onions, tomatoes, and spices. This dish is often served with boiled green bananas or dumplings, and it is a great way to add a unique flavor to your holiday meal.

If you’re looking for something sweet, Jamaica has plenty of options. One of the most popular desserts is gizzada, a pastry made with coconut, sugar, and spices. This sweet treat is often served with a cup of hot tea or coffee, and it is sure to be a hit with your guests.

Finally, no holiday meal in Jamaica would be complete without a glass of sorrel. This drink is made with hibiscus flowers, ginger, and spices, and it is a great way to end your meal.

Jamaica’s unique cuisine is sure to bring a special flavor to your holiday celebrations. From jerk chicken to gizzada, there are plenty of delicious dishes to choose from. So why not give Jamaica’s cuisine a try this holiday season? You won’t be disappointed.

Jamaica is a Caribbean island nation with a rich cultural heritage that has been shaped by its history and its people. From its indigenous Arawak and Taino inhabitants to its African and European influences, Jamaica has a unique culture that is celebrated around the world.

The Arawak and Taino people were the first inhabitants of Jamaica, and their influence can still be seen in the island’s language, music, and art. The Arawak language, which is still spoken by some Jamaicans, is a mix of Spanish, English, and African languages. Music is an important part of Jamaican culture, and the island is known for its reggae, ska, and dancehall music. Jamaican art is also heavily influenced by the island’s history, with many pieces depicting the struggles of the island’s people.

Jamaica’s African heritage is also evident in its culture. The island was a major port of call for African slaves, and their influence can be seen in the island’s music, art, and language. Reggae, ska, and dancehall music all have their roots in African rhythms and melodies. Jamaican art often depicts the struggles of the island’s people, and many pieces are inspired by African art. The Jamaican language is also heavily influenced by African languages, with many words and phrases being derived from African languages.

Jamaica’s European influences can also be seen in its culture. The island was colonized by the Spanish and British, and their influence can be seen in the island’s language, music, and art. The Spanish language is still spoken by some Jamaicans, and the island’s music has been heavily influenced by European styles. Jamaican art often depicts the struggles of the island’s people, and many pieces are inspired by European art.

Jamaica is a Caribbean island nation renowned for its stunning beaches and lush landscapes. From the white-sand beaches of Negril to the rugged cliffs of Port Antonio, Jamaica offers a variety of breathtaking scenery.

Negril is a popular destination for beachgoers, with its seven miles of white-sand beaches and crystal-clear waters. The area is known for its laid-back atmosphere and stunning sunsets. Visitors can enjoy a variety of activities, such as snorkeling, diving, and swimming. Negril is also home to a number of resorts and restaurants, making it a great spot for a relaxing vacation.

Port Antonio is a picturesque town located on Jamaica’s northeast coast. The area is known for its dramatic cliffs and lush rainforest. Visitors can explore the area’s many waterfalls, including the famous Reach Falls. The town is also home to a number of historic sites, such as Fort George and the ruins of Fort Charles.

The Blue Mountains are a popular destination for hikers and nature lovers. The area is home to a variety of wildlife, including the endangered Jamaican parrot. The mountains offer stunning views of the Caribbean Sea and the surrounding countryside. Visitors can also explore the area’s many coffee plantations and sample some of the world’s finest coffee.

Jamaica is a paradise for those seeking a tropical getaway. From its stunning beaches to its lush landscapes, Jamaica offers something for everyone. Whether you’re looking for a relaxing beach vacation or an adventure-filled exploration of the island’s natural beauty, Jamaica has something to offer.

Reggae is a genre of music that originated in Jamaica in the late 1960s. It is characterized by a heavy bass line, syncopated rhythms, and a distinctive vocal style. Reggae has become a global phenomenon, with artists such as Bob Marley, Peter Tosh, and Burning Spear becoming international stars. Reggae is often associated with the Rastafari movement, which is a spiritual and cultural movement that originated in Jamaica in the 1930s.

Dancehall is a style of music and dance that originated in Jamaica in the late 1970s. It is characterized by a fast tempo, heavy bass lines, and a call-and-response style of singing. Dancehall is often associated with the “slackness” culture, which is a lifestyle that celebrates hedonism and excess. Popular dancehall artists include Shabba Ranks, Beenie Man, and Sean Paul.

Ska is a genre of music that originated in Jamaica in the late 1950s. It is characterized by a fast tempo, offbeat rhythms, and a horn section. Ska has been popularized by artists such as The Skatalites, The Specials, and Madness.