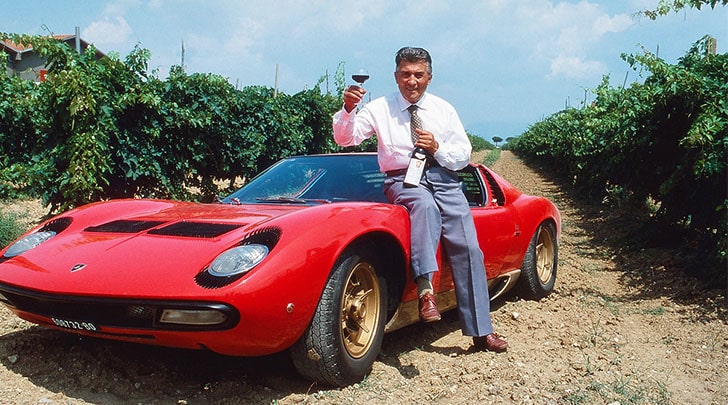 Ferruccio Lamborghini was an Italian industrialist and founder of the Lamborghini automobile company. He was born in 1916 in Renazzo di Cento, Italy, and was the son of a wealthy farmer. He was a self-made man who started his career as a mechanic and eventually became a successful entrepreneur. He is best known for his iconic luxury sports cars, which are renowned for their performance and style. Lamborghini’s cars have become symbols of wealth and status, and his legacy lives on in the automotive industry.

The Life And Legacy Of Ferruccio Lamborghini: A Look At The Man Behind The Brand

Ferruccio Lamborghini founded the iconic Lamborghini sports car brand in Italy. Born in 1916 in Renazzo di Cento, Italy, Lamborghini was the son of grape farmers and had a passion for mechanics from a young age. After serving in the Italian Air Force during World War II, he returned to his hometown and began to build tractors from spare parts. His success in the tractor business led him to open a factory in 1948, and he soon became one of the most successful industrialists in Italy.

In 1963, Lamborghini decided to enter the luxury sports car market. He had become frustrated with the quality of his Ferrari, and decided to build a car that was superior in every way. He used his experience in the tractor business to create a car that was powerful, reliable, and luxurious. The result was the Lamborghini 350GT, which was unveiled at the 1964 Geneva Motor Show.

The 350GT was an instant success, and Lamborghini soon released a series of other models, including the Miura, Countach, and Diablo. These cars were renowned for their performance and style, and Lamborghini quickly became one of the most prestigious car brands in the world.

Lamborghini was also a philanthropist, donating millions of dollars to charities and causes throughout his life. He was a passionate advocate for the environment, and was a major supporter of the World Wildlife Fund. He also established the Ferruccio Lamborghini Foundation, which provides scholarships to students in Italy.

Ferruccio Lamborghini passed away in 1993, but his legacy lives on. His cars are still some of the most sought-after in the world, and the Lamborghini brand is one of the most recognizable in the automotive industry. His passion for mechanics and innovation has inspired generations of car enthusiasts, and his philanthropic spirit continues to be an inspiration to many. Ferruccio Lamborghini was a true visionary, and his legacy will live on for generations to come.

The Design Philosophy Of Ferruccio Lamborghini: How He Changed The Way We Look At Cars

Ferruccio Lamborghini was a visionary who revolutionized the way we look at cars. His design philosophy was based on the idea that cars should be luxurious, powerful, and stylish.

Lamborghini believed that cars should be designed with the utmost attention to detail and to a superior quality. He was a perfectionist who wanted every aspect of the car to be perfect, from the engine to the interior. He was also a firm believer in the importance of quality materials and craftsmanship. He wanted his cars to be built with the highest quality materials and to be crafted with precision and care.

Lamborghini was also a pioneer in the use of technology in car design. He was one of the first to use computer-aided design (CAD) to create his cars. This allowed him to create cars with more complex shapes and designs than ever before. He also used advanced materials such as carbon fiber and aluminum to create lighter and stronger cars.

Lamborghini was also a firm believer in the importance of performance. He wanted his cars to be powerful and fast, but also reliable and safe. He was one of the first to use turbochargers and other performance-enhancing technologies in his cars. He also used advanced suspension systems to improve handling and stability.

Finally, Lamborghini was a firm believer in the importance of style. He wanted his cars to be stylish and luxurious, but also practical and comfortable. He was one of the first to use aerodynamic designs to improve performance and fuel efficiency. He also used bold colors and shapes to make his cars stand out from the crowd.

His attention to detail, use of technology, focus on performance, and emphasis on style revolutionized the automotive industry. His cars are still admired and sought after today, a testament to his vision and legacy.

The Lamborghini Aventador: A Closer Look At Ferruccio Lamborghini’s Most Iconic Creation

Ferruccio Lamborghini’s legacy lives on in the form of the Lamborghini Aventador, a supercar that has become an icon of the automotive world. The Aventador is the latest in a long line of Lamborghini models that have pushed the boundaries of performance and design.

The Aventador is powered by a 6.5-liter V12 engine that produces an impressive 700 horsepower. This engine is mated to a seven-speed automated manual transmission that allows for lightning-fast shifts. The Aventador also features an all-wheel-drive system that helps to provide superior handling and stability.

The exterior of the Aventador is designed to be both aerodynamic and stylish. The car features a low-slung profile and sharp angles that give it a menacing look. The car also features a scissor-style door system that adds to its unique design.

The interior of the Aventador is just as impressive as the exterior. The cabin is designed to be both luxurious and comfortable. The seats are upholstered in leather and feature adjustable lumbar support. The dashboard is also designed to be both functional and stylish.

The Aventador is a testament to Ferruccio Lamborghini’s commitment to excellence. The car is a perfect blend of performance, style, and luxury. It is a fitting tribute to the man who started it all.

The Most Popular Lamborghini Models

There are many super car collectors who have many of the earlier models in their classic Lamborghini collection. Some of these collections are valued at several million dollars.

The name of Lamborghini has become a legend and one of the most prestigious sports car brands in the world.

Let us know which Lamborghini model is your favorite?