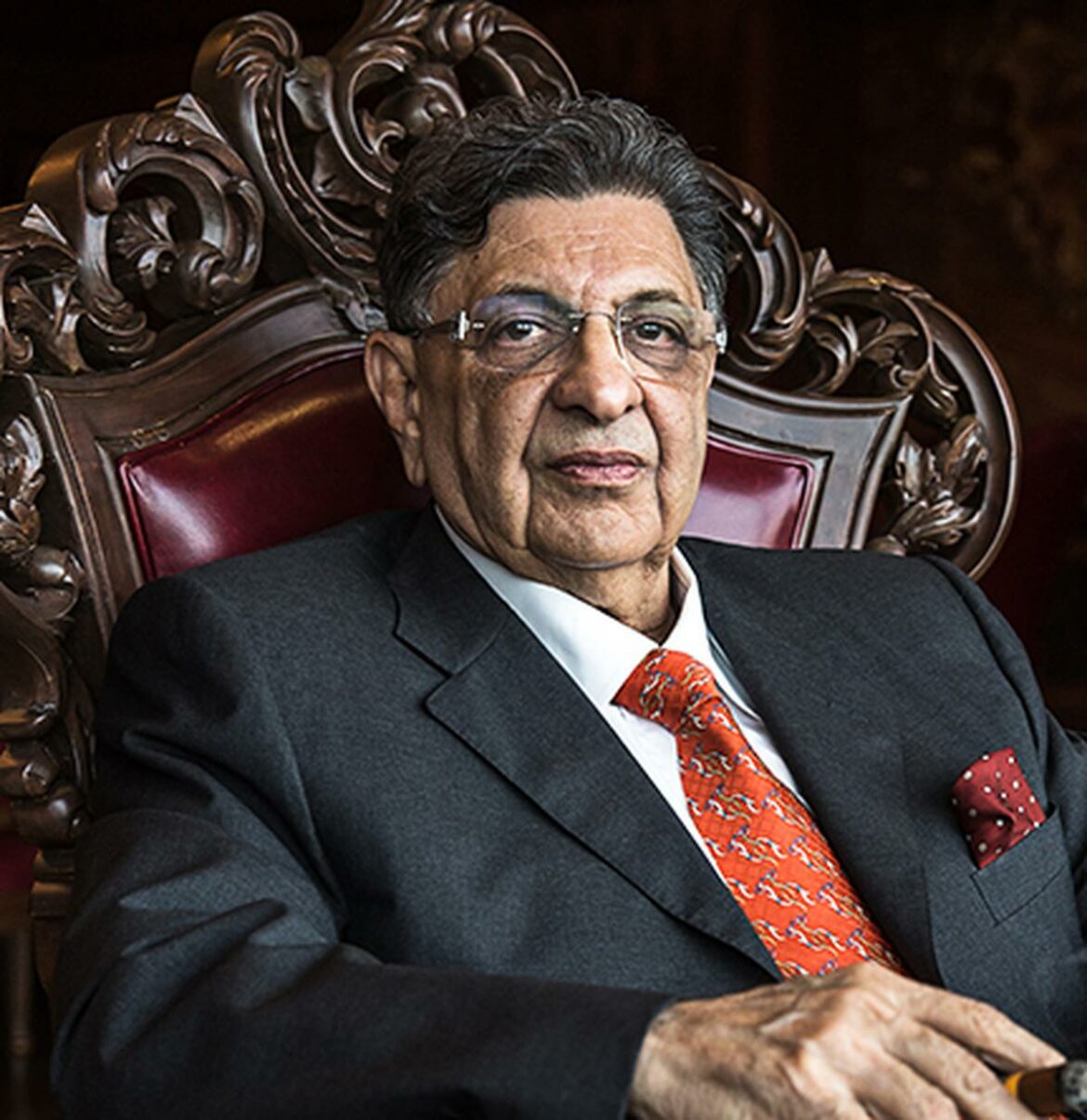 Dr. Cyrus S. Poonawalla was born in Pune, India in 1941 to a Parsi family of horse breeders. When Cyrus was five, his father, Soli A. Poonawalla, started Poonawalla Stud Farms with a vision to develop the Indian thoroughbred and bring it into the international arena.

Cyrus, however, believed that horse racing had no future in a socialist country such as India. He thus experimented around with sports cars in his early life. While he was studying at the Bishops School in Pune, the 20-year-old genius, along with his friend, managed to create a $120 sports car prototype that was modeled after a D type Jaguar.

Smart as he was, Poonawalla quickly realized that the car, regardless of its potential, would require lots of funding when produced on a commercial level. Consequently, he decided to target the masses rather than focusing on a niche since, unlike an elite audience, the mass market would require far less effort to break-even costs.

The Indian billionaire, as was mentioned earlier, was raised on a horse farm. He thus pivoted from sports cars and back to his roots after an enlightening chat one day with the family farm’s vet. This was when Poonawalla came to know about the lucrative market for horse serum.

The vet told him as to how the retired horses of the farm were donated to the government-owned Haffkine Institute which in turn used the animal’s serums to create vaccines for various diseases such as diphtheria, scarlet fever, and tetanus.

Poonawalla realized that he could take this process into his own hands and produce the same vaccines at a larger scale and lower costs. Consequently, after graduating from the Brihan Maharashtra College of Commerce (BMCC) in 1966, the young entrepreneur entered the world of vaccines and launched the Serum Institute of India (SII) with an investment of $12,000.

The venture’s first project commenced the following year, in 1967, when Cyrus and his team began working on the Tetanus Antitoxin, a feat they achieved within one year! In 1971, SII launched a pediatric vaccine followed by a one-of-a-kind vaccine that helped combat the venom of poisonous snakes in 1981.

A primary reason for the company’s continued growth was its penetrative pricing model. The vaccine prices were kept so low so as to be competitive and increase sales without the need for large scale promotions or advertisements.

In 1988, the young businessman added a ‘Dr’ to his name after being awarded a Ph.D. by the Pune University for his thesis entitled, “Improved Technology in the Manufacture of Specific Anti-toxins and its Socio-Economic Impact on the Society”.

Perhaps the push that propelled the Indian billionaire’s venture into the global landscape was in 1994 when SII got accredited by the World Health Organization for supplying vaccines to the UN agencies.

With the international recognition came increased demands and the company was soon swarmed with orders. By the turn of the century, the biotech company was exporting to almost 100 countries, vaccinating every two children in the world with its vaccines.

Serum Institute of India soon began investing heavily in scaling up its production capacity by taking over the competition, such as the purchase of loss-ridden Dutch vaccine maker Bilthoven Biologicals in 2012 and partnering up with other pharmaceutical companies such as Cipla in 2014 and the US-based Mass Biologics of University of Massachusetts Medical School in 2016.

The Indian billionaire’s dream of ensuring that every child was vaccinated against diseases has seen the light of day; the company sells 1.3 billion doses of vaccines annually to some 141 countries where at least 65% of all children have received a vaccine with Cyrus’ venture’s name on it.

SII, along with other projects of the vaccine king of India, are subsidiaries for his holding company, Poonawalla Investment and Industries, that the billionaire leads. Moreover, the group never let go of its roots and never lost focus on bringing Indian racing and the local thoroughbred industry onto the world racing map.

Dr. Cyrus Poonawalla, a recipient of the Hall of Fame Award for his outstanding contributions to horse racing in India, has led the group’s stud farm to nine Indian Derbys and a total of 68 Indian classics. Poonawalla Stud Farm has witnessed victories in countries like Hong Kong, Singapore, Malaysia, and the USA.

Business interests of the Poonawalla Group of Companies also include finance with Poonawalla Finance that provides loans to individuals and small businesses, clean energy with Poonawalla Clean Energy that is meeting India’s rapidly growing demand for renewable energy solutions, aviation with the Poonawalla Aviation (PAPL) that provides chartered flight services to consumers with its fleet of three aircraft, and hospitality & realty with the recent Poonawalla Business Bay and Ritz Carlton Hotel.

Furthermore, the Poonawalla Group also has a charity to its name, the Villoo Poonawalla Foundation, that was named in the memory of Cyrus’ late wife, Villoo Poonawalla. The foundation boasts noble aims of making urban and rural lives more livable by supporting healthcare, sanitation and education.

With the help of the group’s backing, the foundation has to its name six schools, a hospital, a city-wide sanitation & waste management project called ‘clean city initiative’, and clean drinking water lines to more than 25 locations in villages that surround the city of Pune.

It was his effort and dedication that has put him on the 4th spot of the richest Indians of 2023 by Forbes and 56th wealthiest billionaire of 2023. Dr. Cyrus is a living example of doing what you root for; he followed his dream and it is his dream that has given him a fortune worth $24.3 Billion.

Dr. Cyrus Poonawalla and his family currently reside in Pune at the grand Adar Abad Poonawalla House. The group’s Serum Institute of India, as of now, has partnered up with Oxford University to create vaccines for Covid-19. With an investment of $800 million, the company set out to compete in the race for a vaccine.

Dr. Cyrus Poonawalla has increased his wealth by many billions of dollars by manufacturing Covid-19 vaccines. There are many conspiracy theories related to the Covid-19 virus and also the mass vaccination of the global population.

I don’t want to delve into these conspiracy theories, but the vaccination program has brought the world back to some sort of order.

Global economies have undergone major transformations and wealth has changed hands rapidly during the lock down triggered by the pandemic.

Whatever happens to the economy, you need to get on with your life. The lesson that we can learn from the pandemic is to diversify our investments across multiple sectors to enable the hedging of losses as a result of calamities.

Life is short, don’t waste it entirely on accumulation wealth. Spend precious time with your loved ones and find a balance between work and lesiure.

Work on creating semi-passive income sources to free up your time to enjoy to enable you to travel and experience the world.